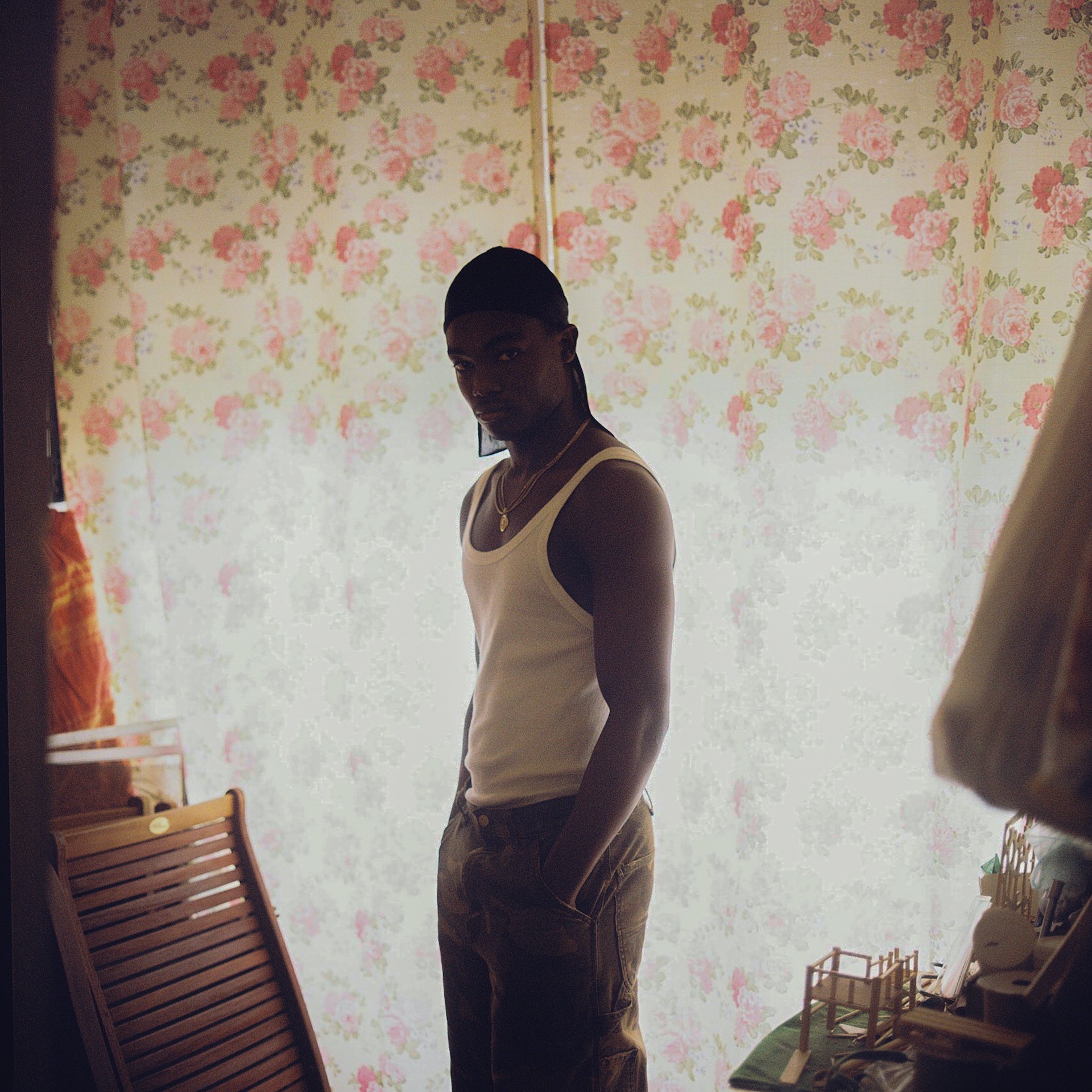 Luca A. Caizzi is an Italian-born photographer and creative director whose work explores the energy, depth, and temporality of storytelling. In addition to taking his own photos, Caizzi founded C41 in 2011, which is a European creative production company and independent print magazine. “We observed that in the ordinary, there was so much extraordinary that needed to be told,” he said. “We wanted to give voice and a face to the ordinary, because we believe in the power of ideas, and not of false myths.” Caizzi has also done commercial work for companies like Adidas, Ray Ban, and Nike, where he infuses his personal style into every project. In this volume of Visual Dispatches we dove into the motivations behind Caizzi’s work, his experience blending visual and textual elements, and the story behind an unassuming coffee grinder in London. 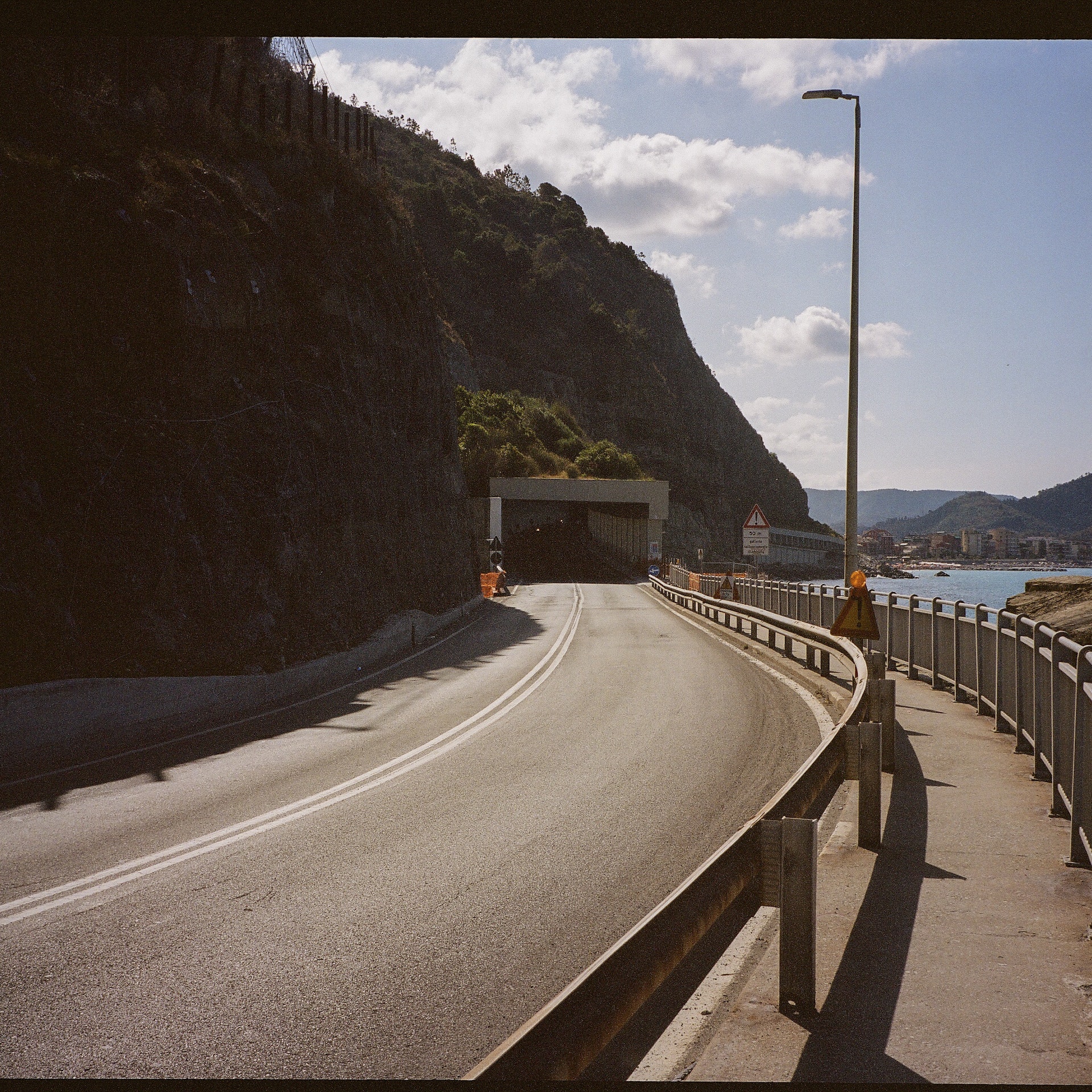 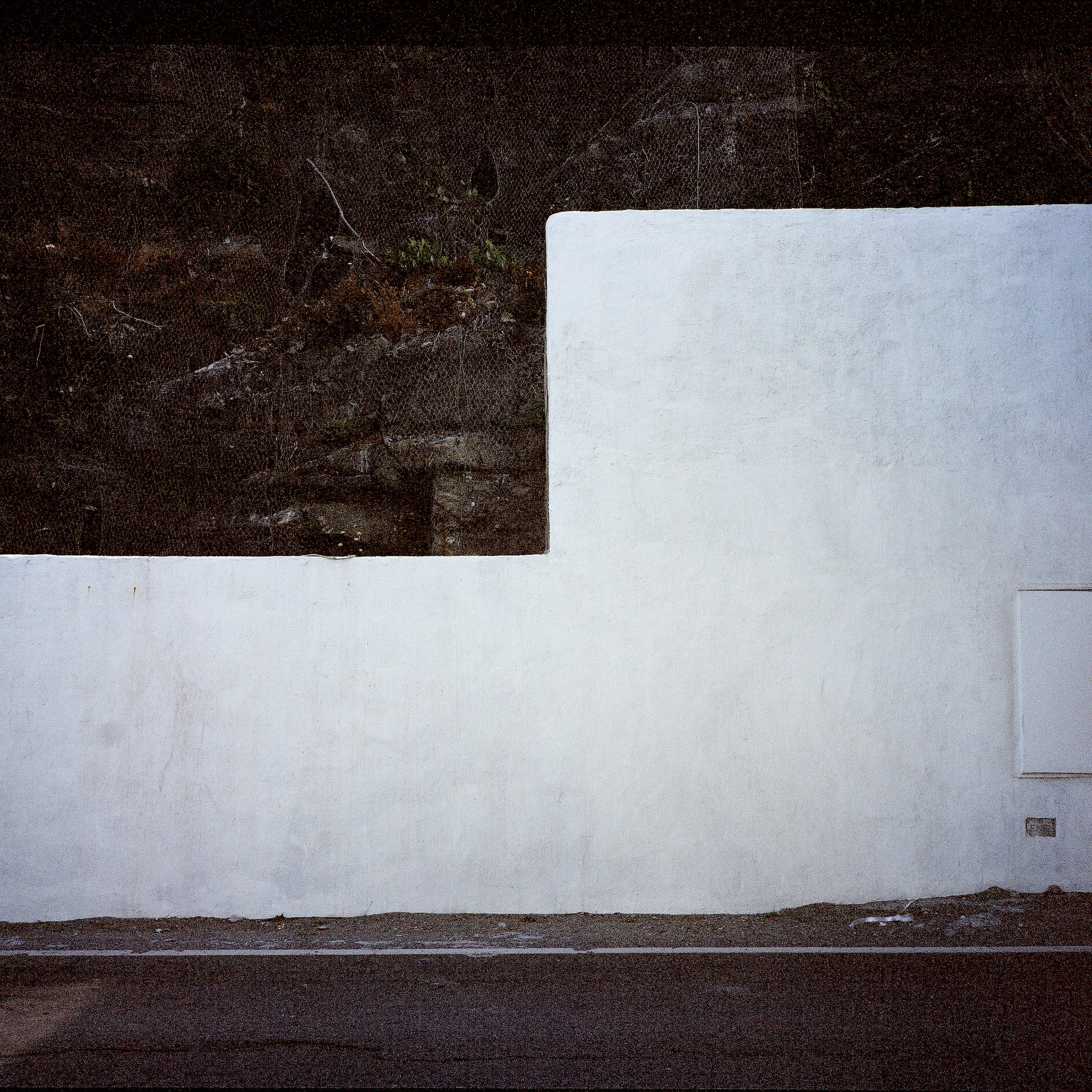 WHO ARE YOU, WHERE ARE YOU AT THIS MOMENT, AND HOW ARE YOU FEELING?

I feel good, despite everything. I’m a photographer, I love working in publishing and I’m a creative for several brands in design and fashion. I’ve been working in the images market for almost ten years, during which I have developed not only my career but also the growth of a magazine and a production company that is now based in Milan, Amsterdam, and Paris. I studied Marketing in the city where I was born, a glorious city in the south of Italy: Bari. Later I emigrated first to Rome and then to Milan to continue my studies. Right now, Milan is my home. 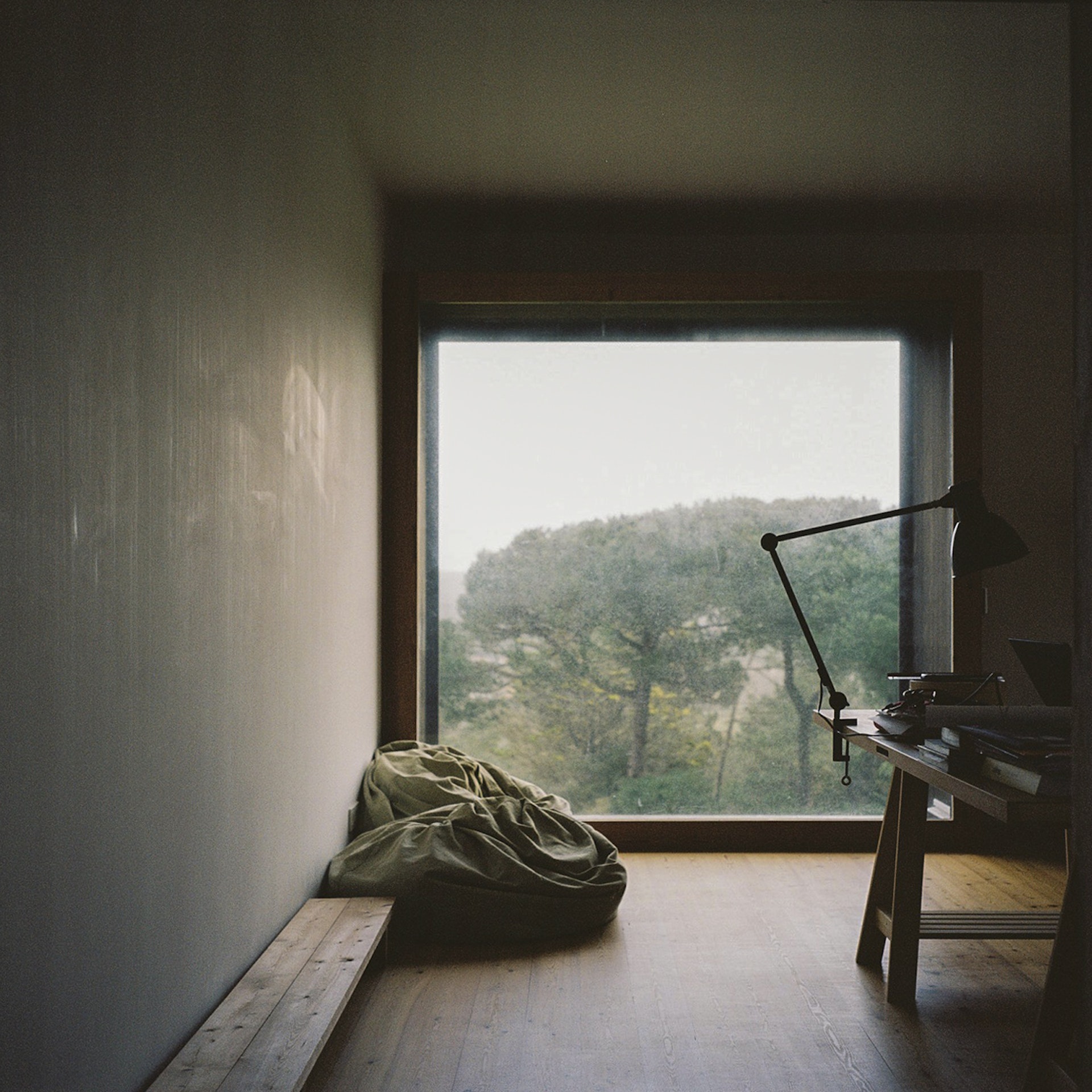 WHERE DID YOUR PASSION FOR PHOTOGRAPHY AND DESIGN COME FROM?

I can’t find an exact moment when it all began. I believe that design is to photography as photography is to storytelling. Quoting one of my favorite Italian designers, Achille Castiglioni, “A good project is not born from the ambition to leave a mark, the designer’s mark, but from the will to establish an exchange, even a small one, with the unknown person who will use the object we have designed.” Mine is a necessity more than a passion – of using photography as a means of communication and of telling others a story using images. 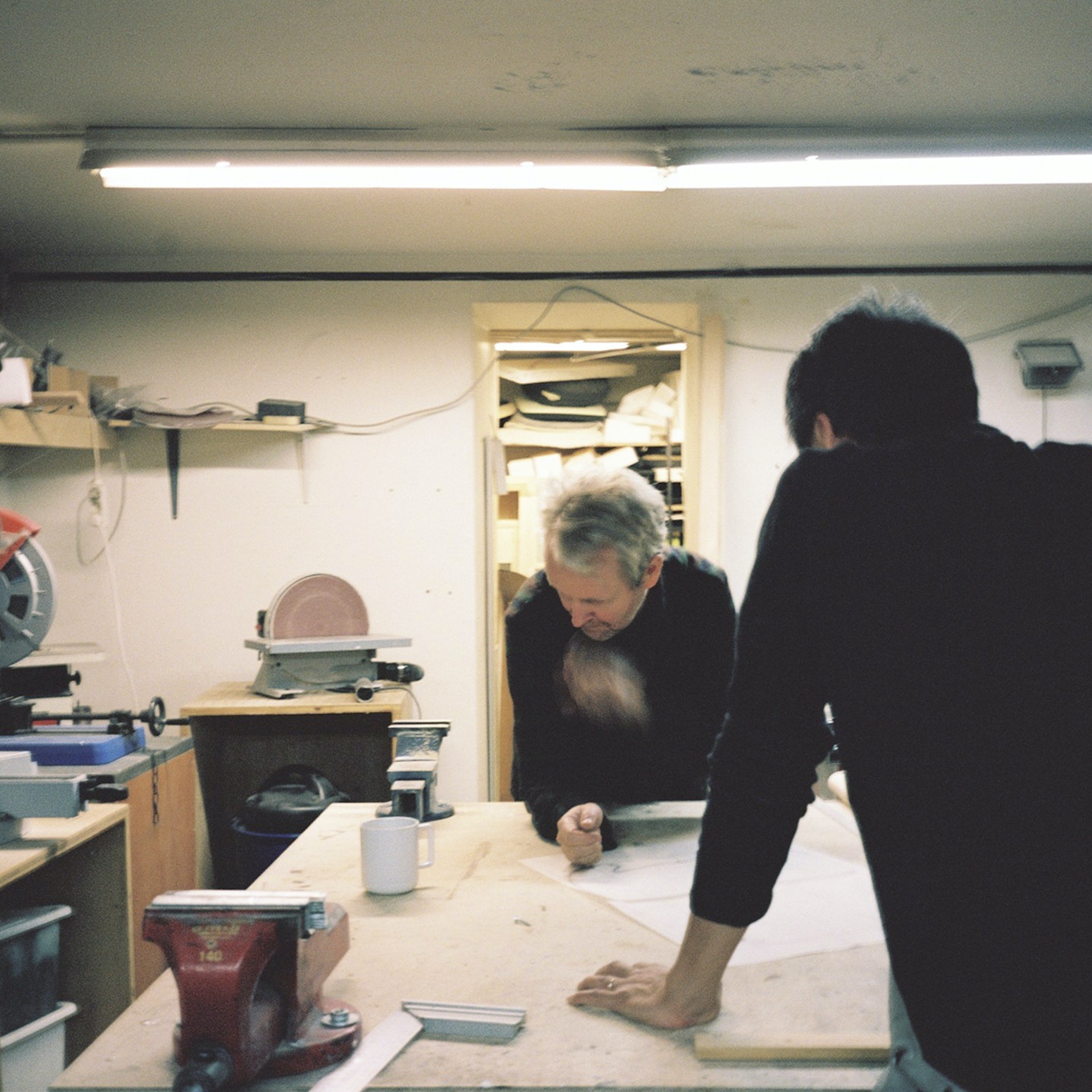 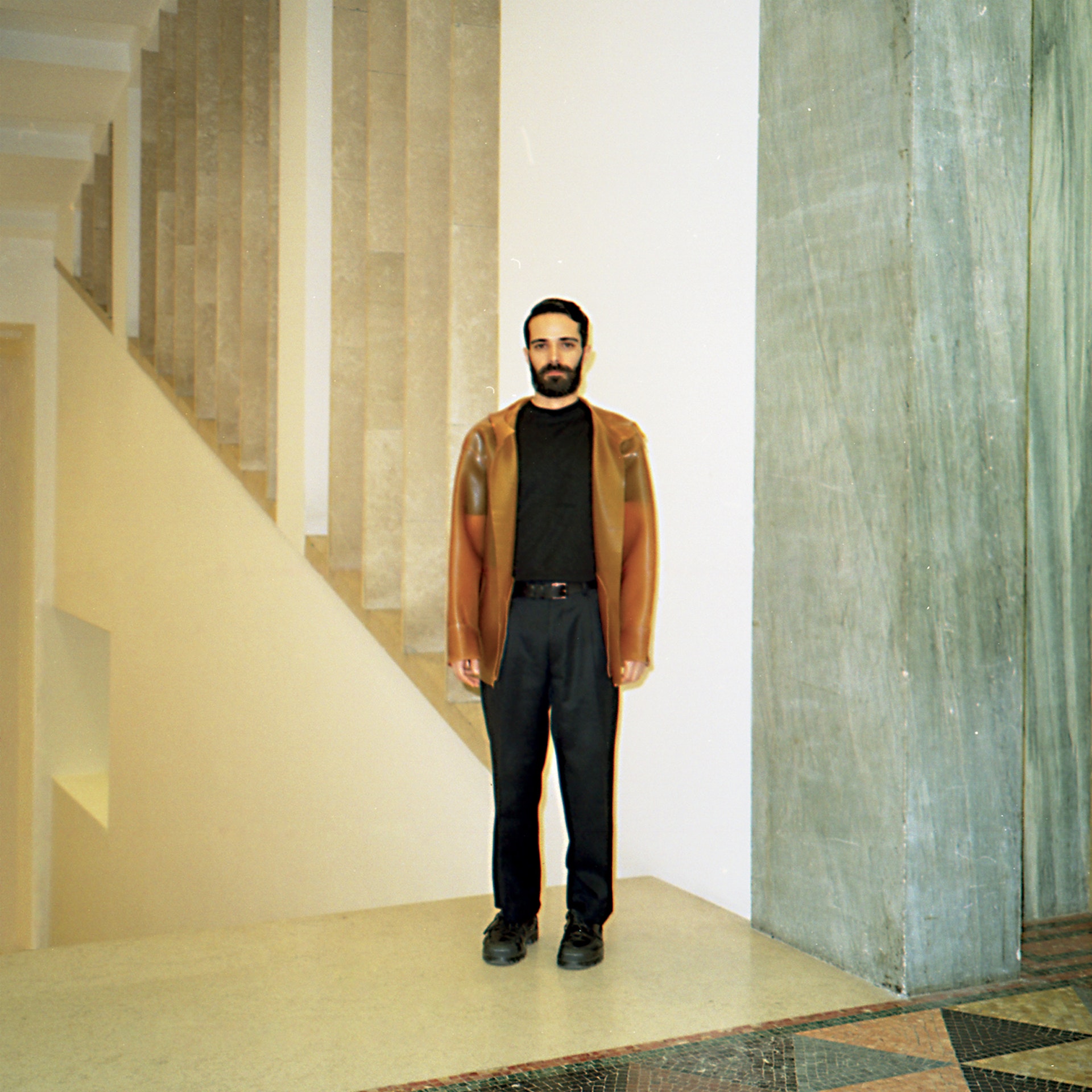 IN YOUR PERSONAL WORK, YOU EXPLORE THE INTERSECTION OF DESIGN, ARCHITECTURE, AND PHOTOGRAPHY. WHAT EXCITES YOU ABOUT THE CONVERGENCE OF THESE THREE DISCIPLINES? WHAT INSPIRES YOU THE MOST?

I think that there are strong commonalities between [design, architecture, and photography]  and I think they complement each other. I often compare architecture and design to running, in terms of absolute freedom and living in the moment of design, in an energetic and positive state of mind. I love the thought of being able to run a very long, infinite distance with just a pair of shoes on my feet. I find the thought of being able to build something huge, to occupy a piece of the planet, to design it in its need to stand still wonderful.

What inspires me most is the depth that lines create in the frame. When I walk by and observe buildings, people and objects, my mind places them in a context that frames them in a composition that is often straight or tilted at an angle, that makes the subject or object perfectly visible. From my camera, I observe the reality of the present. As unexpected as it all is, I can’t easily get excited about images. I recognize that over time, a modus operandi has been involuntarily created that leads me to discover that image naturally. That technique allowed me to learn during my studies and is now the master of my choices. 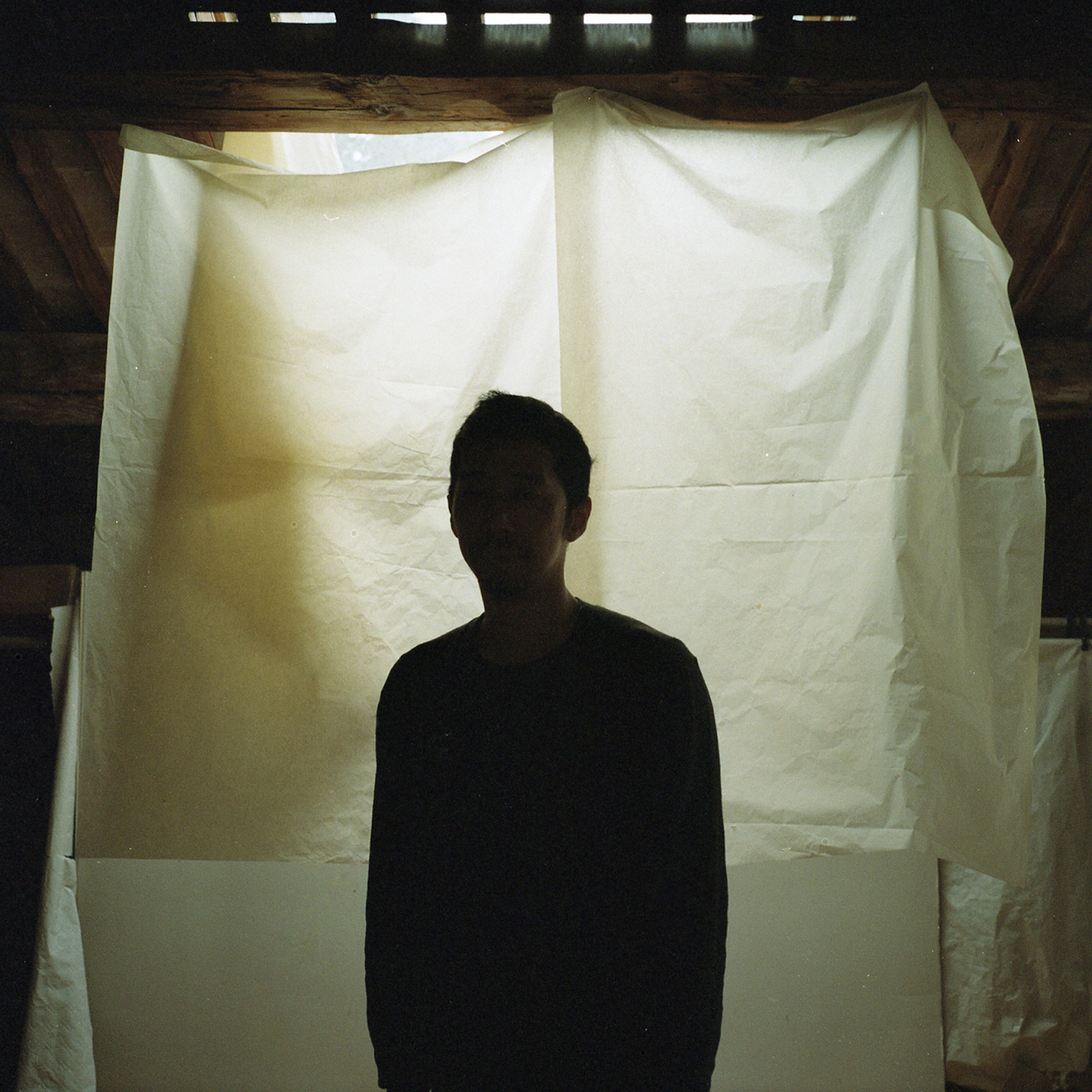 CAN YOU SHARE WITH US A BIT ABOUT YOUR SERIES WITH MICHAEL ANSTASSIADES AND THE COFFEE GRINDER?

“I would have been a big fish in a small pond, I want to be a small fish in a big pond.” I believe that those who have the awareness to think this, can have no limits of creation in life. I met Michael in London during the production of a documentary and shoot on his Arrangements lamps by Flos in 2018. I remember that the whole crew thought that we were extremely lucky to meet and work with one of the most talented and capable designers still alive. For me, it was an opportunity to produce images that could remain in history and help posterity imagine that precise design at that precise moment.

The story revolved around telling a typical day of the designer. So, we started from the neighborhood where he lived, passing through key places of his ordinariness, up to his studio. From the highest floor of his house you could see the London Eye which was very close by. Through those huge windows, Michael imagined his future projects. The spaces of the house were furnished only with objects designed by him. His most important designs filled the house by being tested and experienced. My attention stopped on a shiny object, with a rigorous but comfortable shape that inhabited the kitchen. I asked Michael what it was, and he told me it was a coffee grinder. I didn’t want to believe it, because in my head I mistakenly thought that a man of Cypriot-origin living in London would never, ever be able to say anything about coffee (stupid Italian thoughts). 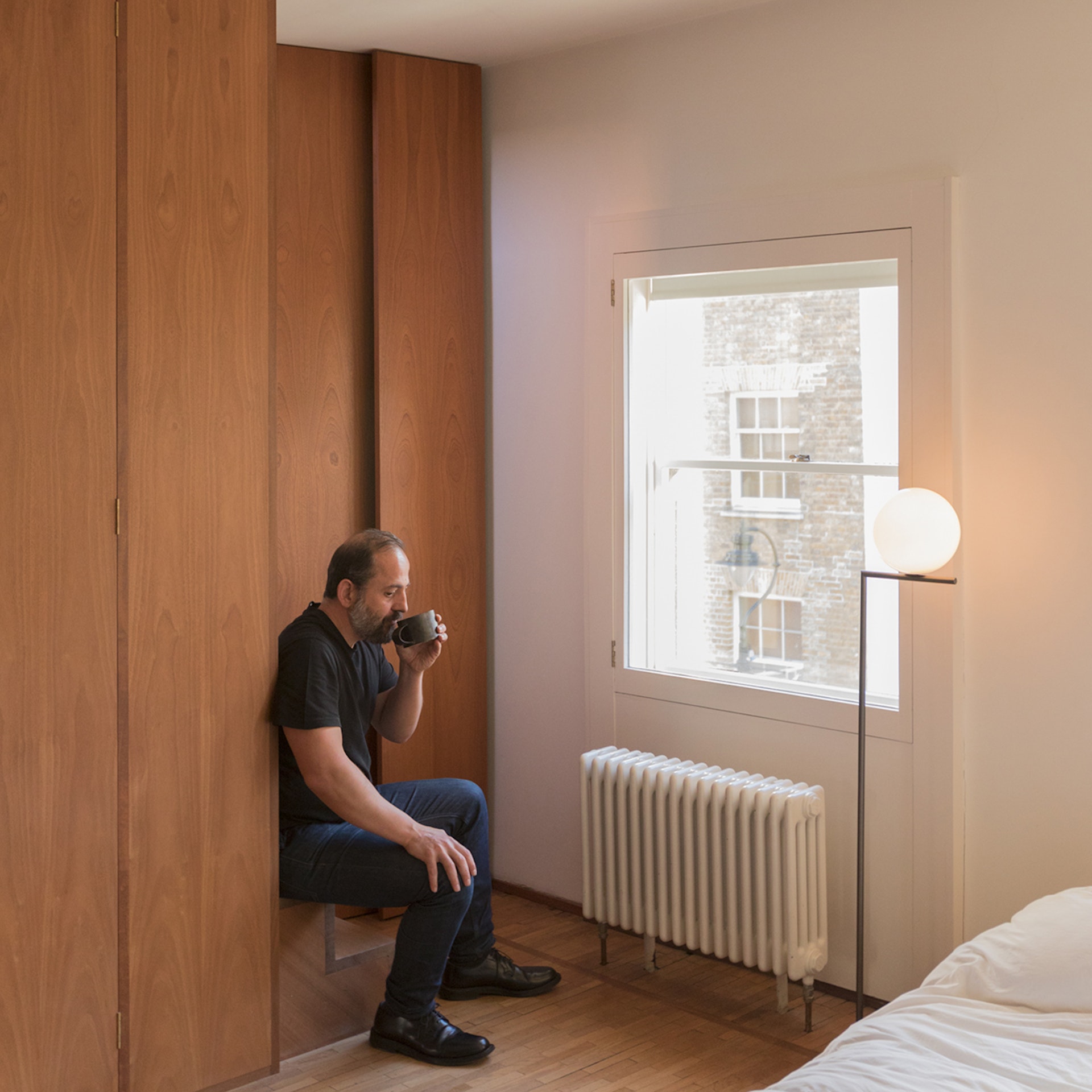 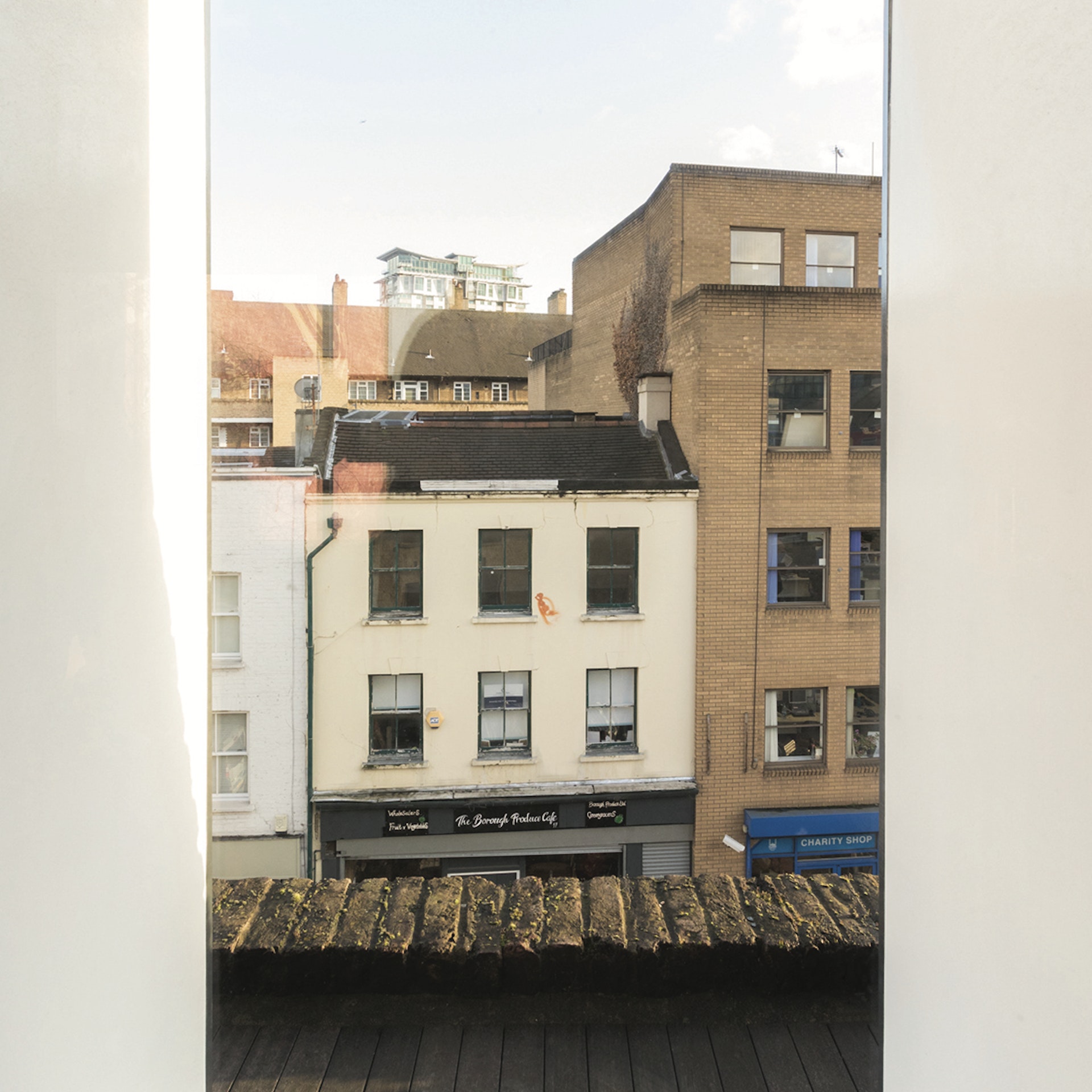 YOU’VE DONE WORK FOR ADIDAS, RAY BAN, NIKE, AND MANY OTHER BIG BRANDS – HOW DO YOU INFUSE YOUR PERSONAL STYLE WHEN SHOOTING MORE COMMERCIAL WORK?

For some time now, brands have been interested in what I produce for my research. This flatters me and spurs me to continue to research and experiment with images. Often my photographs appear in creative documents, as a reference for future productions of the brand. 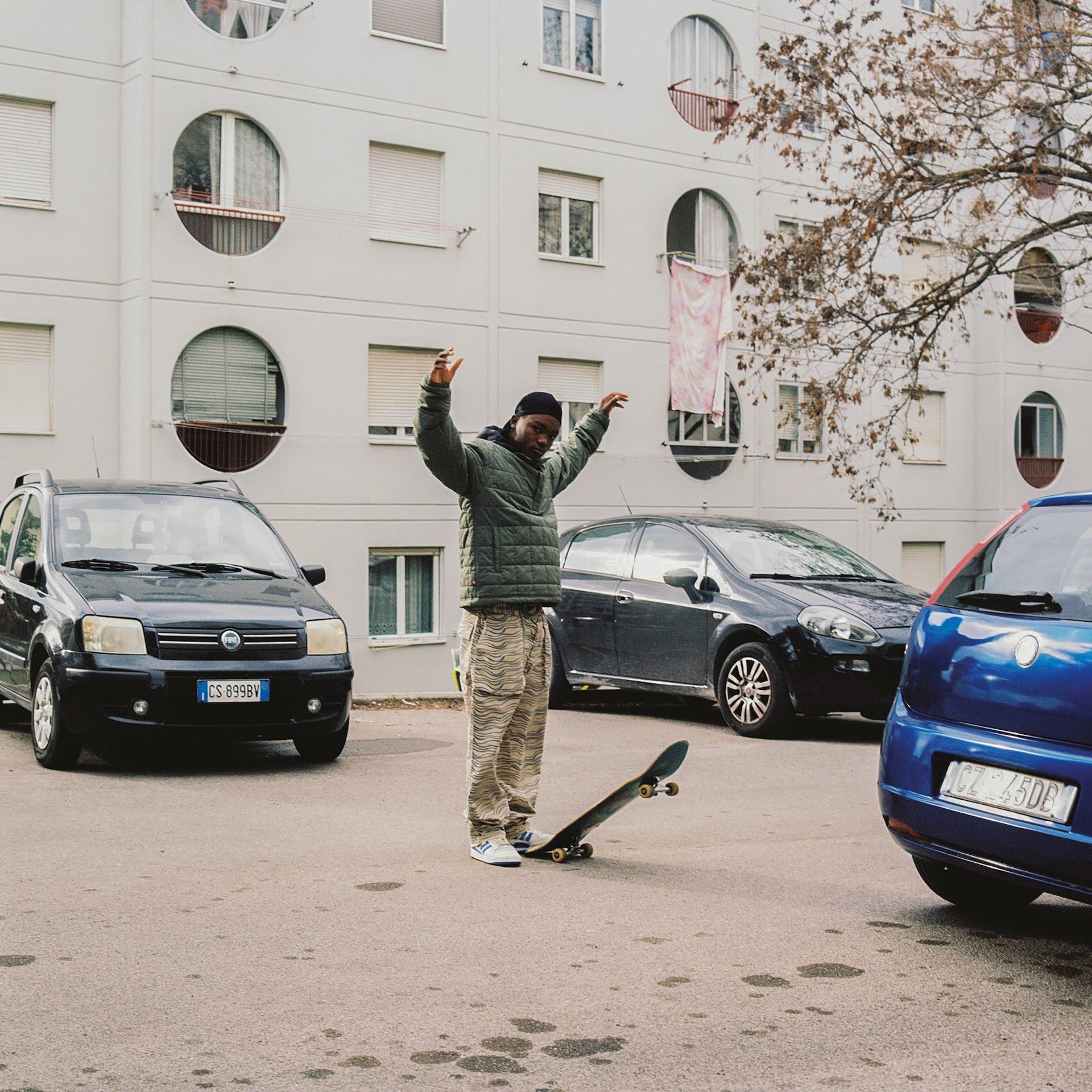 WHERE WERE YOU IN YOUR ARTISTIC JOURNEY AND/OR PERSONAL JOURNEY WHEN YOU FOUNDED C41, AND WHAT INSPIRED YOU TO ESTABLISH THE COMPANY?

I founded C41 during my first year of university in 2011. It has been a personal but shared project for several years and became a company in 2015. Founding C41 was necessary in order to give public space to my research; I needed a physical but shared space to organize the image research I was doing daily, and above all, I needed to be able to question that research. I used to write texts accompanying photographic series of contemporary photographers on WordPress pages. Thinking back to 2011, a proposal like this didn’t exist, and the results made me think that keeping on with it wouldn’t be a bad idea. Structuring the project so that more people could take advantage of the knowledge and common sense of it was a natural choice.

IN AN INTERVIEW, YOU SAID C41’S MOTTO IS “AN ORDINARY LIFE MAKES AN EXTRAORDINARY STORY.” WHERE DOES YOUR FASCINATION WITH “THE ORDINARY COME FROM, AND WHY IS IT IMPORTANT TO HIGHLIGHT? WE’VE ALSO NOTICED AN EXPANSION INTO ARTISTIC MEDIUMS OUTSIDE OF PHOTOGRAPHY. WHY DID YOU MAKE THIS CHOICE AND WHAT DOES IT PROVIDE?

We always wanted to reflect the contemporary. Each issue was a personal summary of the six months preceding its release. The target, the stories, the culture, and the words were naturally associated by the readers. The starting point for the conversation has always been imagery. In a hyper-competitive market, where those who shout the loudest are the only ones who are heard, I found myself looking for a process that would allow us to get noticed. We observed the precise moment when the public became disinterested in supermen and superwomen. We observed that in the ordinary, there was so much extraordinary that needed to be told. We wanted to give voice and a face to the ordinary, because we believe in the power of ideas, and not of false myths. We do this by using all the visual and non-visual elements that can give the document a structure that acquires value over time and evolves. Unfortunately, I believe that photography alone is not able to exhaustively narrate an event.

AS A CURATOR, WHAT IS YOUR PROCESS WHEN PUTTING WORKS TOGETHER FOR A PROJECT OR SHOW? IS IT A COLLABORATIVE OR SOLO PROCESS?

When I curate content produced by other people, I always treat it with at least twice the kindness I use for mine. I feel as if those images, those texts, were lent to me, and I feel the duty to return them to their owner, if not in the same state, at least more beautiful. Over time, I learned to work in a team. It was not easy and even now, I love to follow and control all the phases and processes of development.

WHAT IS YOUR VISION FOR THE FUTURE OF C41 AND YOURSELF?

I have for myself and C41 one huge wish for the near future: I would like to take the right amount of time to do what I plan to do.

HAVE A QUESTION? NEED HELP SCOPING?
WE’D LOVE TO HEAR FROM YOU