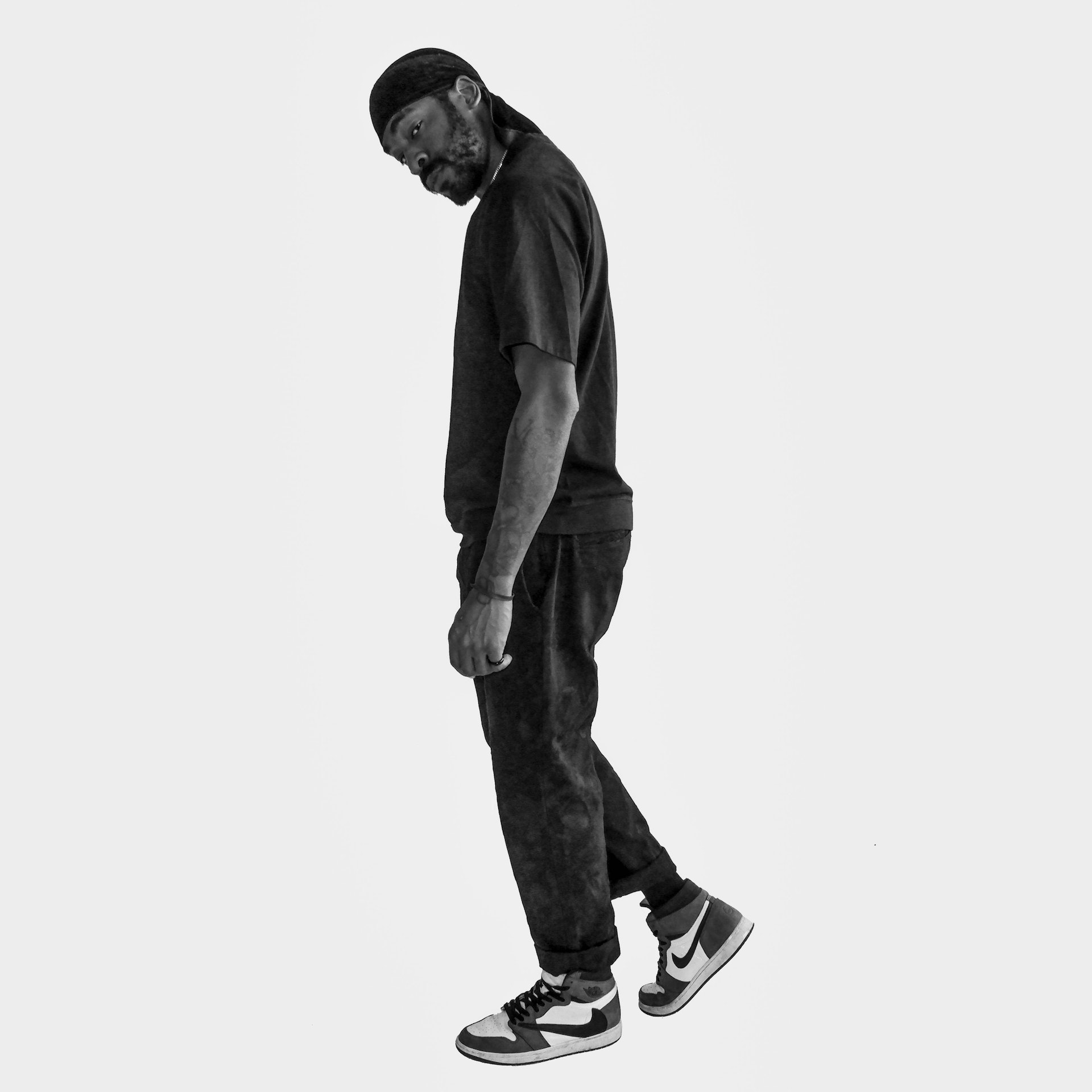 To a collective psyche aimlessly browsing insta-squares, Sincere Dennis’ photographs feel like a lost techno-dream mixed to the dystopian beats of A$AP Mob and Migos. Sincere – or Sin, for short – has been snapping New York’s underground hip-hop scene for over a decade.  With his 35mm four-lens camera on his hip, Sincere taps into the sultry, cacophonous underbelly of popular rap and documents its players with the shrewd eye of an insider wielding a backstage pass. In our conversation with the “NewNYer” and long-time community member of Milk, we discussed his signature (and often copied) in-motion portraits, the importance of taking risks in life, and disposable film’s return to the mainstream.

HOW DID YOUR JOURNEY IN PHOTOGRAPHY BEGIN? DID YOU RECEIVE ANY FORMAL TRAINING, OR ARE YOU SELF-TAUGHT?

It began by just being involved in the NYC culture that was thriving at the moment in 2015 – no training, no school, just an eye and the love for the things that were happening around me and a willingness to capture them. I trained myself, having a bookbag on my back daily with only a camera, a tripod (sometimes), a couple eighths of weed, and a variety of wristbands, in case I had to sneak into an event that my RSVP was rejected for, all to just be able to capture my favorite artist perform.

WHEN YOU INITIALLY BEGAN TAKING DIGITAL PHOTOS IN 2012, WHAT ATTRACTED YOU TO THE STAGE?

Music. Music has always been in my life from day 1. Everything I do in life has a soundtrack. Going to concerts and seeing the artist I’ve been listening to is an experience, and since I’ve started taking photos, I’ve always wanted to capture the artist in that moment as close as I could possibly get. It’s addicting to be backstage and in the pit capturing these amazing moments.

WHAT HAS BEEN YOUR FAVORITE SHOW TO SHOOT? CAN YOU DESCRIBE YOUR EMOTIONS AND ENERGY BEING THERE?

My favorite show has to be 2Chainz and Schoolboy Q back in 2012 when SOB’s was booming with amazing artists coming and performing in NYC. The energy was just outrageous and somehow I found myself on stage to capture their performances. Even looking back at the photos today, I feel what I felt then. If someone had footage from that night and captured me off to the side, I would just be turnt up and capturing photos at the same time enjoying the show as a fan and taking photos with the media, which I wasn’t. I just got in with my camera and placed myself on stage.

WHAT IS YOUR RELATIONSHIP WITH THE A$AP MOB? WHEN AND WHERE DID YOU MEET, AND DO YOU STILL PHOTOGRAPH THEM?

I grew up in Harlem with some of the MOB. We were all young uptown boys running around trying to make names for ourselves. I no longer shoot for AWGE, but when I seem them and there’s a moment to capture, I move accordingly. It’s all love for the MOB and AWGE, but I have my own path I’m on. Shooting Rocky back in 2018 just happened to be along that path, just a part of my journey.

HOW DID YOU COME UP WITH THE NAME “NewNYer” AND WHAT DOES IT MEAN TO YOU?

The name NewNYer came from a very good friend of mine, Puma Robinson. He always used to say “we are the new New York” meaning we are what’s happening right now. Being a bunch of uptown New Yorkers running around the downtown scene, we were always getting into something, whether that was events, parties, in the bars. We were just the type of people you wanted to be around all the time.

Stereoscopic photography brings more life into a photo; the depth of feel gives the viewer more to see than a digital or regular film still. I’m a purist when it comes to my stereo shots and I’m also working on mastering this form of photography. It’s my thing, and although others attempt to do it, they just can’t seem to wield it like I do.

ON YOUR INSTAGRAM POSTS, YOU USE THE HASHTAG #FILMISNOTDEAD. WE’VE ALSO BEEN SEEING YOUNG PEOPLE GRAVITATE TOWARDS USING DISPOSABLE CAMERAS AGAIN. WHY DO YOU THINK THIS REVIVAL IN FILM PHOTOGRAPHY IS HAPPENING, AND HOW DO YOU SEE FILM EVOLVING IN THE FUTURE?

It’s a nostalgic thing, the younger generation always wants to do things they’ve seen their older siblings or person of influence do. When I was younger digital cameras were the thing I saw progressing in the photography world. A clean hi-res photo is what people gravitated to then. Film is taking a turn to the expensive side because now demand is there again, people want that film grain. It’s getting harder and harder to find a good vintage film camera unless you go on eBay, where it’s just a money grab for people who have these cameras laying around. It’s all coming back around for film, and I believe it will continue to grow in these times. 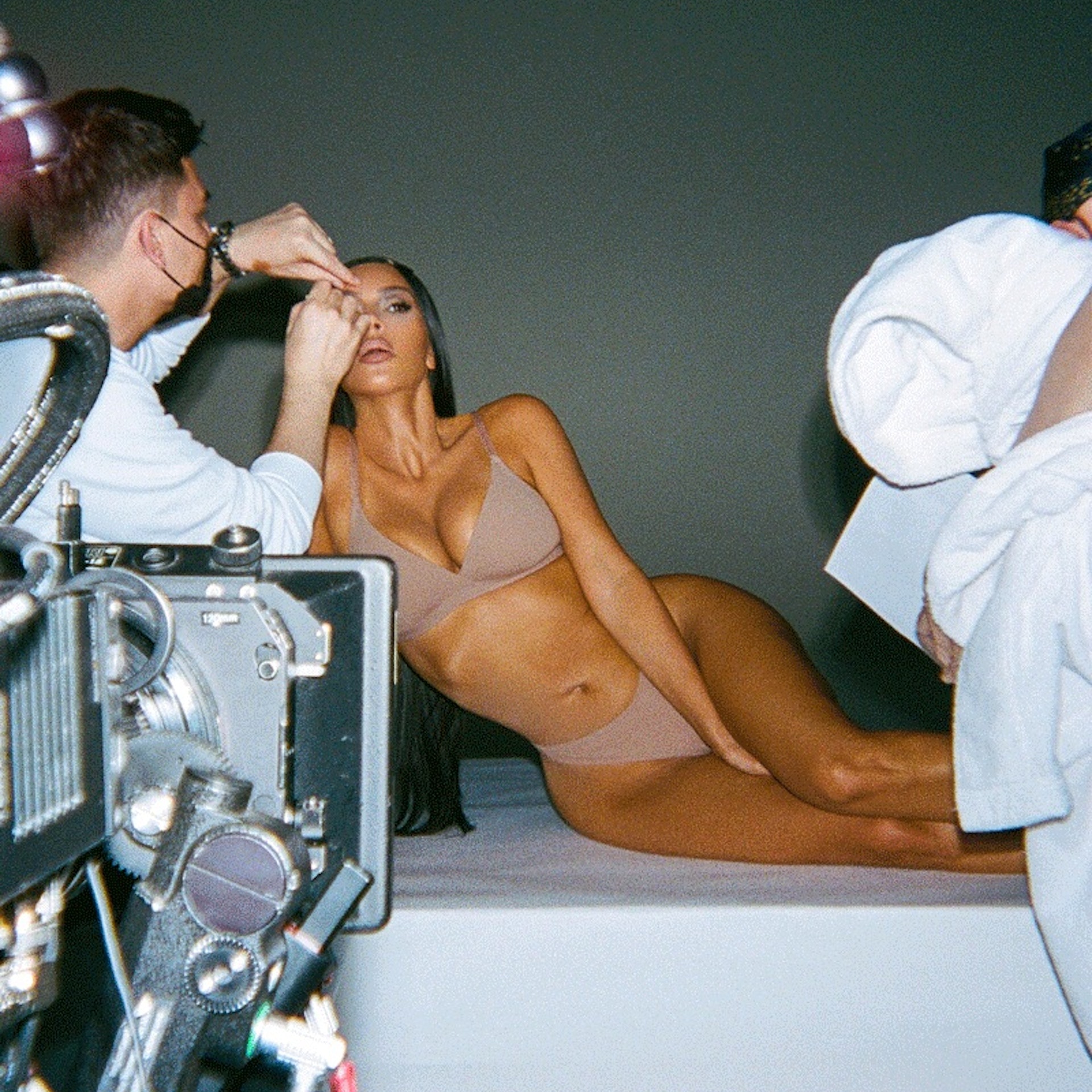 IN AN INTERVIEW FOR SHOUTOUT LA, YOU TALK ABOUT THE IMPORTANCE OF RISK IN YOUR LIFE. WHAT IS YOUR NEXT BIG MOVE OR DREAM?

My next big move? I can’t really say – I put my faith in the universe and just believe that it’ll take me right where I’m supposed to be as long as I continue on my path and keep creating. I’m not limited to just photography. I am a creative mind and I’m always studying the art of visual storytelling. Who knows, you know, I might pack my bags again and head to London for a bit. As far as my dreams go, I just want to work with people who just have a love for creating and trying new things that allow me to grow as a creator.

HAVE A QUESTION? NEED HELP SCOPING?
WE’D LOVE TO HEAR FROM YOU